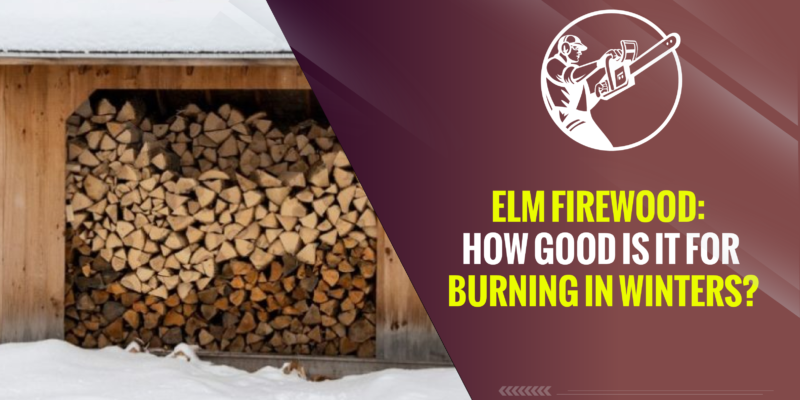 Elm Firewood – Not entirely the best firewood out there, but a great choice if you need moderate heat!

For most people, Elm isn’t their first choice. The reason is, that it does burn nicely and keeps your indoors cozy during winters but is pretty much difficult to split. This is because of the interlocking grain texture of Elm firewood.

For the burning of elm wood, it’s easy to burn and makes up a decent fire, with the moderate heat output and a little smoke.

In addition to producing a decent fire, elm produces high-quality coal as well, but it doesn’t produce much heat. Because of its properties of fiber adhesion, it is widely used in crafts, but also difficult to split due to the same quality. While fibers cannot be easily separated, you can split them with an ax.

Also, what most people don’t like about Elm, including us, is that it absorbs the surrounding smells of the environment, wherever it grows and so, elm firewood smell could be really bad in case it has grown somewhere around gutters or dirty pipelines.

Our article further includes all that you need to know regarding Elm firewood. Continue reading to find the answers you’re looking for!

Red Elm, for sure, is a lot more than just ‘good’ firewood. It is a super aggressively burning firewood and hence, great for lighting up fires. Compared to the American and Siberian Elm, Red Elm generates higher heat output and is much easier to split as well.

Splitting and Seasoning of Elm Firewood

SPLITTING – As mentioned earlier, you will have a difficult time splitting elm firewood. Most people split the wood manually, and that does require a lot of effort. But if you’ve been doing it for some time, it will get easier for you.

All you have to do is, start at the edges and work your way in. You should also use a very sharp ax. It might also be a good idea to use wedges. You will be able to split it with a little patience and elbow grease. You’ll have to just keep trying.

The best thing you can do for yourself is to buy yourself a wood splitter to split it manually. Wood splitter might be expensive, but you’ll be able to complete the process quickly and easily every time you have to split elm.

SEASONING – Elm, as well as any other type of firewood, must be thoroughly dried before burning. Although it is possible to light some woods even if they’re a little wet, that’s not the case with Elm. If it is wet, it will not burn properly.

While seasoning takes time, it can be tedious. Generally, wood should be allowed to dry for at least one year before it can be used for a fire. A two-year drying period is recommended to be on the safe side. By doing this, you can ensure that the wood will burn efficiently.

Remember, firewood should always be kept elevated and off the ground when it is being stored. Also, it might be a good idea to try out a moisture meter before burning. It is best to burn it if it is 20% or lower.

Elm is average firewood, neither too bad nor too good. Compared to other top firewood species, it has low heat, average smoke, and an average smell because of its abundant availability and easy burn qualities.

Thus, it is firewood that performs averagely. Water usually doesn’t soak into it easily, but it can rot under certain conditions.

All types of firewood produce smoke, but burning wet wood produces the most smoke and this is because of the high moisture content. So, do not burn wet wood.

Here are some highlights of burning elm.

Elm firewood isn’t of just one kind. There are about thirty to forty known species of Elm, but only THREE of their types are popular for being used as firewood. They are:

Red Elms grow so aggressively and are good for firewood. The wood of red elm is coarsely textured. It is easier to work with and can be drilled, nailed, screwed, stained, and glued pretty well. Also, there is a minimum level of degradation, and it dries well. With its moderate weight, hardness, and stiffness, elm is also resistant to shocks as well.

Compared with American Elm and Siberian Elm, Red Elm has a higher BTU and can be split easier because it has a medium density.

White Elm, also called the American Elm. Due to its sturdiness, it is resistant to wind and is a hardy tree.

The water resistance and strength of white elm wood make it a perfect building material for boat frames and paneling. The wood is also odorless, so it is ideal for making crates and barrels for transporting fruits and other eatables.

In contrast to Red Elm and Siberian Elm, it has a lower BTU and is harder to split. It does, however, produce better coal than either of them.

Siberian Elm is far better than White Elm because it has higher BTU and smells a lot better. Hard-wood trees such as the Siberian Elm can grow up to 70 feet tall.

Their leaves are less than two inches long, and the bark is thick and heavy. The branches of the Siberian elm are fragile and prone to breaking.

However, if compared with Red Elm, they’re found to be almost the same in terms of quality.

Is Elm Hardwood or Softwood?

Elm is a softwood with a hardness rating of 830. Although this rating shows it’s a tough wood but still classified as softer than others of its competition. This is because Elm comes from the category of in-between hardwoods and softwoods.

For the elm firewood, the annual rings for their end grain are wavy. It is common for annual rings to have relatively uniform lines for most types of wood. When it comes to Elm, however, they have wavy rings and almost look blurry.

Elm leaves also grow alternate-simple, meaning that each leaf is a single leaf (not part of a compound leaf), and they grow in a ‘left-right-left’ pattern along branches. Leaves are also serrated on the edges and the bottoms of the leaves might feel fuzzy like that of peach.

The bark of elm firewood is greyish brown with scaly dark furrows that run vertically. There is also the term lacebark elm, which refers to the peeling bark of some elm trees that resembles lace.

How Does Elm Burn?

Aside from being heavy, elm firewood produces decent heat, and it is good firewood to burn. Here are some characteristics of burning elm.

Heat Output: The heat Output of Elm is just average. It produces 20 million BTUs per cord which is way less than many other top-quality firewoods. And hence, Elm generates moderate heat.

Produces Minimal Sparks: As a wood with minimal sparks, elm is actually a good performer in this category and does not pose as much fire risk. Open-air fires should still be monitored, however.

Produces Coals: The coals produced by firewood are another factor that is commonly used to rate its burning. It is important to note that coals are produced when any kind of firewood is burned, and the quality of the coals will determine how long the fire lasts.

Despite its lack of density, Elm produces very good coals that will outperform woods such as Pine, Birch, and Aspen.

Bad Smell: Bad smell is perhaps the worst thing you’ll have to experience when you burn Elm firewood. That’s because Elm absorbs whatever smell it’s growing around because it absorbs everything it smells. Elm trees that grow near swamps or sewers can smell very bad if they are cut down.

Don’t burn Elm until it has completely dried and kept an eye on where it is coming from. Doing both these things will definitely make the smell of burning elm pleasant.

The intensity of Smoke: In this case, elm falls somewhere in the middle. In terms of smoke production, it’s not as bad as Ash or Oak, but it produces more smoke than many of the top firewood.

It’s important that when you burn wood, be sure to season it properly before burning to prevent high smoke production.

A few notable varieties of Elm are great for keeping you warm and cozy through the winter, even though it’s not one of the best types of wood for fires. But yes, it does make good firewood if you do not require an extremely heated fire and you’re okay with a moderate one.

Can You Burn Elm Wood in a Fireplace?

Yes. Just like other types of burning firewood, Elm wood can also be burnt in a fireplace. In fact, it will keep indoors moderately cozy and warm.

Although oak is a little more expensive than elm, both trees have wood that costs roughly the same. Also, they’re both very useful for furniture and floorings.

Here is the key difference between these two.

Is Elm wood good for anything?
Elmwood is good for a lot of things apart from being a good fire maker. While elm is tough and hard, it is also easily bent with steam, and it keeps its shape, which makes it an ideal material for structurally sound furniture parts such as frames, backs, seats, and legs. It is also easy to glue elm wood and it holds nails and screws well. Furthermore, despite its rough surface, it is easy to finish and stain.
How long does it take to season Elm?
It takes at least a year to season Elm. And it would be even better if it is seasoned for more than a year; maybe two years. Because better-seasoned wood burns better and more efficiently.
Is elm stronger than oak?
No. Oak is harder and stronger than Elm and that’s the major reason Oak is more popular for warming up indoors during winters as well as for furniture.

There are some redeeming qualities to elm, despite its unpopular status among firewood lovers. A decent amount of heat is generated by elm, which produces few sparks and produces great coal too.

It can be very enjoyable to burn elmwood during the cold season if it is perfectly seasoned and has little or no smell. 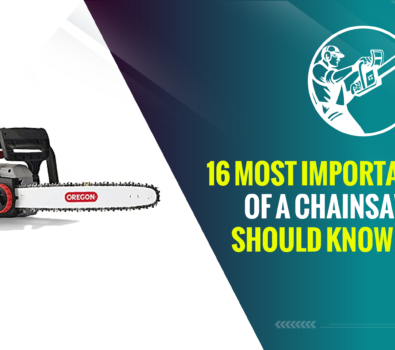 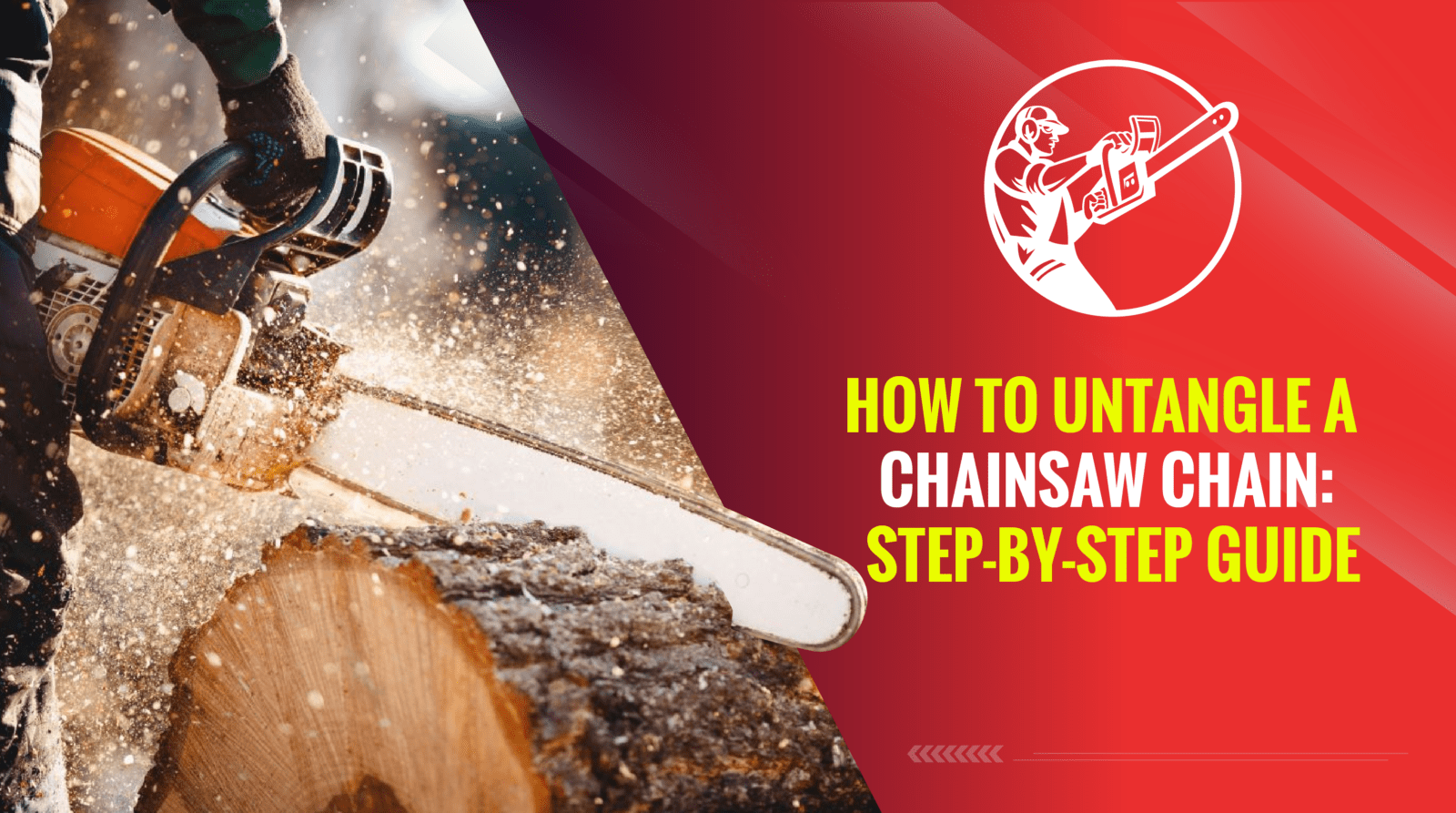