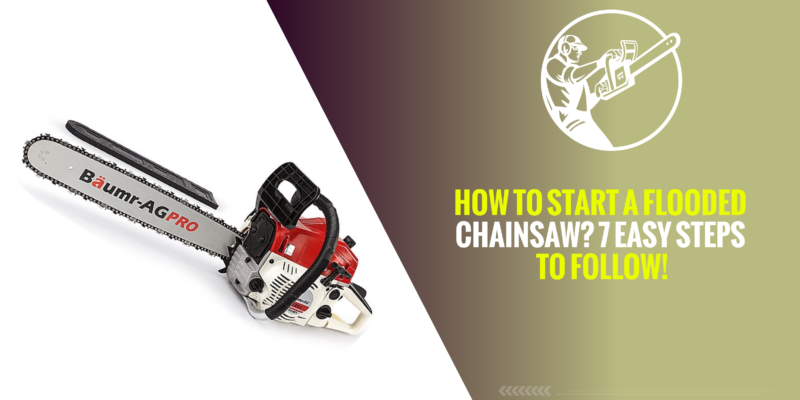 Chainsaws are the best tools for cutting wood but sometimes, they could be problematic as well. One of the common problems that chainsaw owners face is the flooding of the chainsaws.

By the term ‘flooding’, you definitely understand that it’s about something being in excess in the chainsaw. But what is it? It’s the fuel of course! If you have had any interaction with the chainsaws or the chainsaw owners, you might know that there’s a complaint that chainsaws keep flooding. This is what we’re going to be talking about in our article today.

You might be wondering what flooding to a chainsaw is? Well, it doesn’t let your chainsaw start up. When your chainsaw gets flooded with fuel, there isn’t any space left for the oxygen which leads to difficulty in starting the chainsaw.

What Causes a Chainsaw to Flood?

Chainsaw flooding is caused by the presence of excessive fuel in the fuel chamber. For proper combustion, fuel and air must make up an appropriate mixture so that, the combustion chamber could ignite the spark. But when there’s more than the required amount of fuel in the chamber, there’s less or no space for the oxygen which makes the chainsaw unable to start. 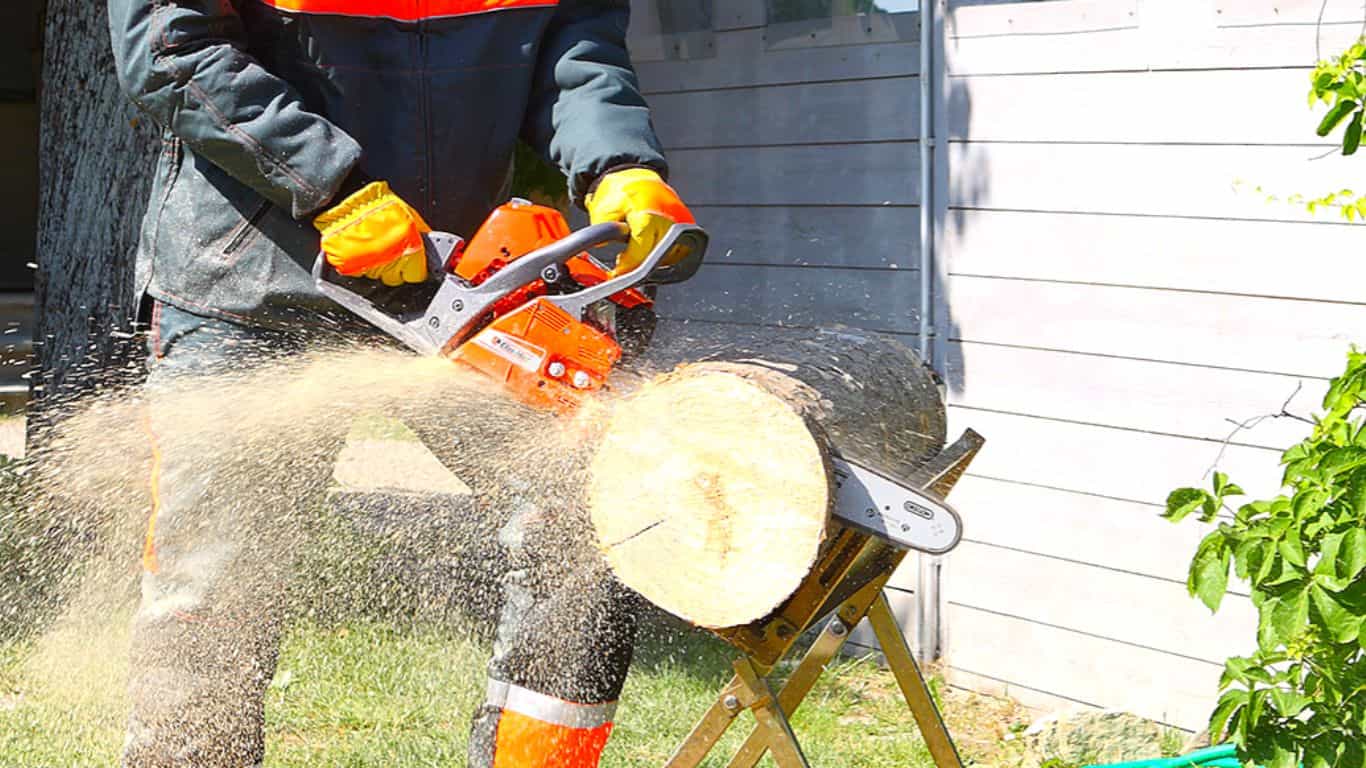 Other than this, there could be other reasons to flood chainsaws.

If you’re a Stihl chainsaw owner, this might be helpful for you: How to Start a Stihl Chainsaw?

How Do You Know that Your Chainsaw is Flooded?

If you can smell fresh petrol from near the muffler, that means your chainsaw is flooded.

Starting a Flooded Chainsaw in Just a Few Simple Steps

Having a flooded chainsaw is a pretty common issue and it can be fixed within 10 to 15 minutes. So, nothing to worry about if your chainsaw is flooded! Just follow up the following steps and the chainsaw would be good to go again.

The very first step is to place your chainsaw on an even, flat surface which is clean and has some friction so that your chainsaw doesn’t slip away while you’re working and remains clean as well.

When you’ve located the spark plug, pull the cap gently, ensuring that you do not pull the wiring attached to it. 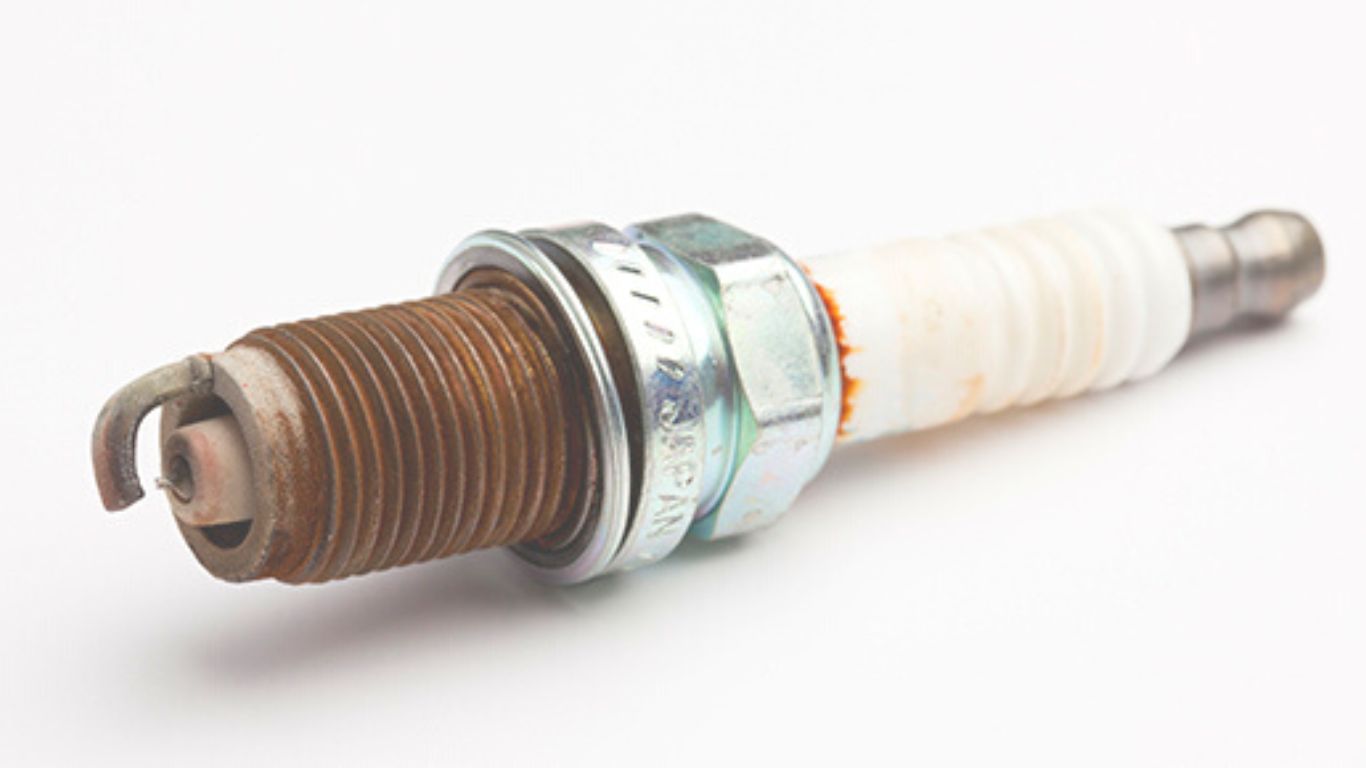 After you’ve removed the cap, the next step is to loosen the spark plug itself. You’ll need a combination wrench for this. Using the wrench, untighten the spark plug by rotating it in the anti-clockwise direction. Once the plug has come off, you’ll have to deactivate the choke now. For that, locate the lever that controls the choke and press it. That’s it.

When you’ve unscrewed the spark plug, you’ll now have access to the electrode that would have fuel over it. Clean/dry the electrode to get rid of the excess fuel. Now pull the started cord and depress the level completely.

Now comes the combustion chamber’s turn for the cleanup. Move the chainsaw to the off position so that the sparks do not get caught by the vapors. Now grip your chainsaw with your foot and pull the starter string at least thrice. This will let oxygen into the combustion chamber, and this is what is going to resolve the issue of the flooded chainsaws.

Run the chainsaw. At first, you should keep the choke lever fully open, then slide it back to half open, and finally, when the chainsaw starts running, set it to the off position. 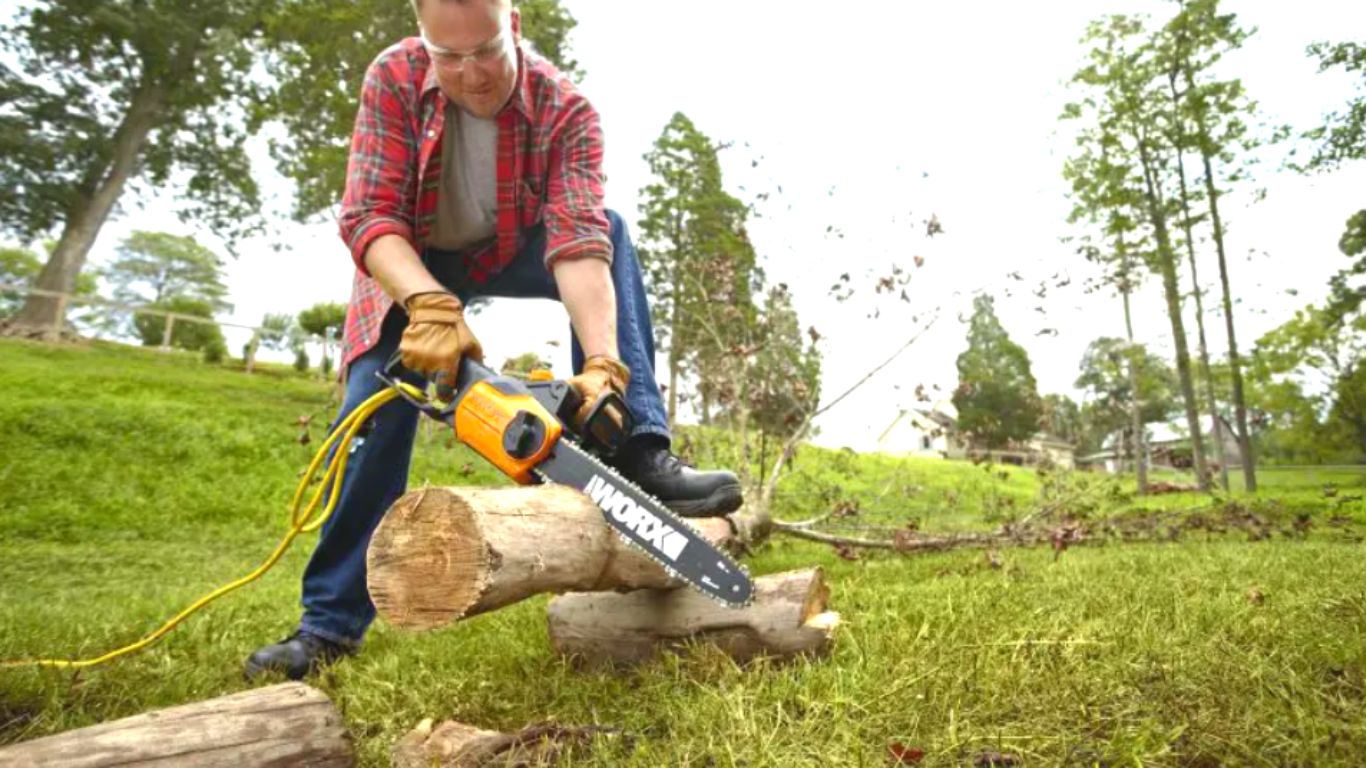 Letting the oxygen was our goal to fix the flooded chainsaw. When you’re done with this, repeat the steps in reverse. Reinstall everything that you disassembled.

How to Start a Flooded Chainsaw – FAQs

How long does it take a flooded chainsaw to start?
You’ll need only 10 minutes to fix a chainsaw that’s flooded, and it would be good to go again. You’ll need to clean up the spark plug, air filter, and combustion chamber to unflood the chainsaw.
Will a flooded engine not turn over?
Yes. It won’t. It’s widespread for the flooded engines not to turn over/start immediately. This is because a flooded engine means there’s more than the required amount of petrol in the engine and less oxygen. Due to this, spark plugs become wet, and they won’t ignite the fuel. This is why flooded engines don’t turn over and you need to fix it.
How do you tell if a carburetor is flooded?
There could be fast cranking; a whirring sound you can say, or there could be a strong smell from around the exhaust which tells that the carburetor is flooded.

You might also want to read about: How to Clean a Chainsaw Carburetor?

Having a flooded chainsaw isn’t something to worry about. If you’re a chainsaw owner, you’ll know this anyway. But even if you’re new to the world of chainsaws and your chainsaw just flooded, that’s no big deal. You can easily fix it by following the steps we’ve described above.

Just in case, this doesn’t work for you for some reason, you can always contact the professionals and get things fixed for you.
We hope we’ve been helpful to our readers who were looking for a ‘flooded chainsaw fixing’ guide and we’d like to assume that you’ve learned how to do it! 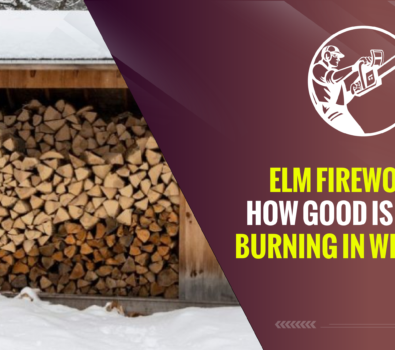