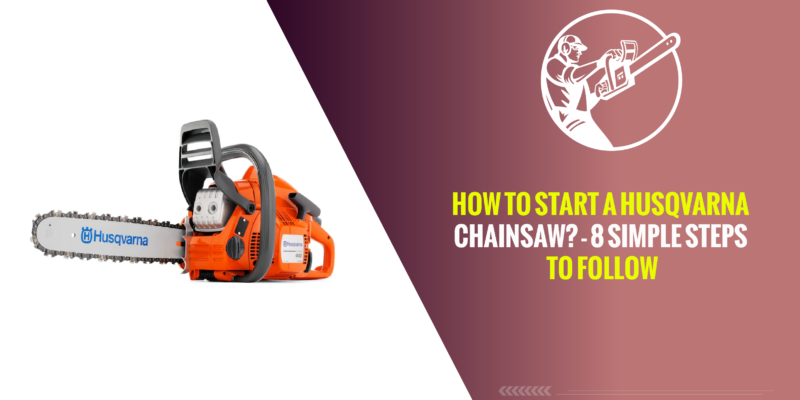 Starting a Husqvarna chainsaw is no difficult task, yet it has to be handled appropriately to avoid any mishaps or injuries.

Husqvarna is one of the best chainsaw brands and their chainsaws are truly the very best ones in the world. They are known for their super smart and advanced features and exceptional performance. But whether you’re a new user of chainsaws, or you’ve been a user for some time now, there are chances that the Husqvarna chainsaw won’t start sometimes, and you’d need proper guidance in starting up your chainsaw.

The reason is that chainsaws do behave differently at times, especially while starting them, and you must know how to handle the situation. Although the starting procedure of a chainsaw is pretty much simple and almost the same for most of the models from the same brand, it would be even simpler if you know what exact steps to follow.

Give our article a thorough read and you’d be able to start your Husqvarna chainsaw very easily.

Is It Easy to Start a Husqvarna Chainsaw?

Yes, it is. Husqvarna chainsaws have an in-built “smart start” feature which makes starting them super easy. This feature eliminates the fatigue of trying hard to start the chainsaw and gets the chainsaw running on the very first or second try.

Safety equipment is something you shouldn’t take for granted whenever you’re working with a chainsaw. Even if it’s just a small task to be carried out, always wear the safety equipment to ensure your safety. 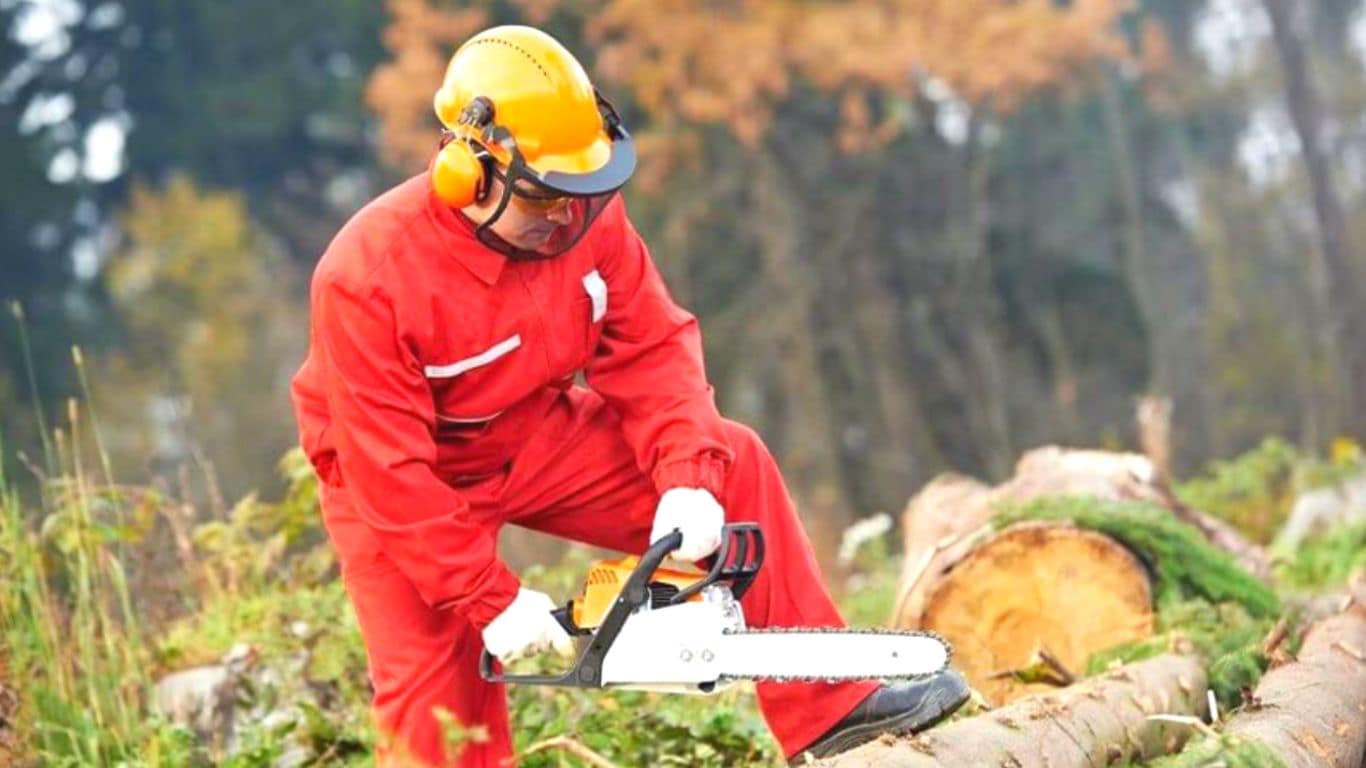 Here are some of the things you must wear.

Here are the steps to follow for the easy starting of your Husqvarna chainsaw.

In case you have a cold engine, here’s how to deal with it. 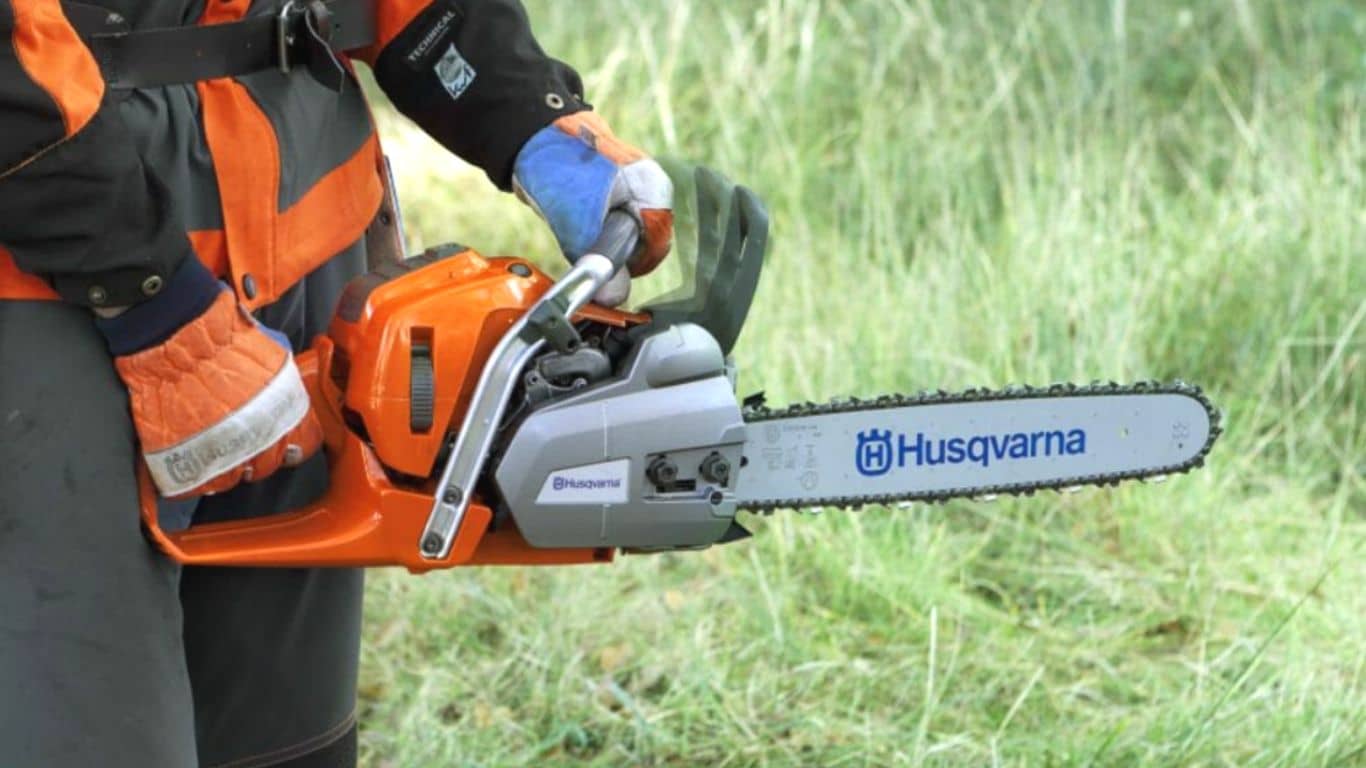 It is possible to start the Husqvarna chainsaws without a choke after the engine has heated up and here’s how.

Common Reasons for a Husqvarna Chainsaw Not Starting

Chainsaw won’t start? Here are some very common situations that lead to difficulty in starting up a Husqvarna chainsaw.

How to Start a Husqvarna Chainsaw – FAQs

Are Husqvarna chainsaws hard to start?
They might be, sometimes. Although most of them start up super easily even after years of use there might be some situations when they’re hard to start, such as in case they have clogged air filters or carburetors. If such is the case, you’ll have to look for the defective part and get it fixed.
Why are Husqvarna hard to start?
In most cases when a Husqvarna chainsaw seems very hard to start, it is because the carburetor has been clogged for quite some time. This usually happens when you leave the fuel on the hedge trimmer for a long. Over time, it becomes thicker and leads to a clogged carburetor. Cleaning up the carburetor would get the issue fixed.
How do I make my chainsaw easier to start?
For an easy start with your chainsaw, ensure the following things. Air filters are clean Fuel isn’t bad Carburetor isn’t clogged Ignition coil isn’t defective Starter housing isn’t damaged
How do you Unflood a chainsaw fast?
The most common method to unflood a chainsaw is to just let your chainsaw for 15 to 20 minutes so that the bad fuel evaporates. If it doesn’t evaporate, simply drain it out and add fresh fuel because most of the time a chainsaw is flooded, it’s because there’s excessive fuel in there and less oxygen. This ends up in an inappropriate mixture of fuel and oxygen and causes the chainsaw to flood.

You might want to read: How to start a flooded chainsaw?

If you’ve reached here, you’d know that it’s quite simple to get your Husqvarna chainsaw started. And just in case you fail to start it up, there could be possible reasons for that, and finding a solution to them would fix the issue.

This was about starting a Husqvarna chainsaw. We hope we’ve been helpful to our readers in guiding them through the process! 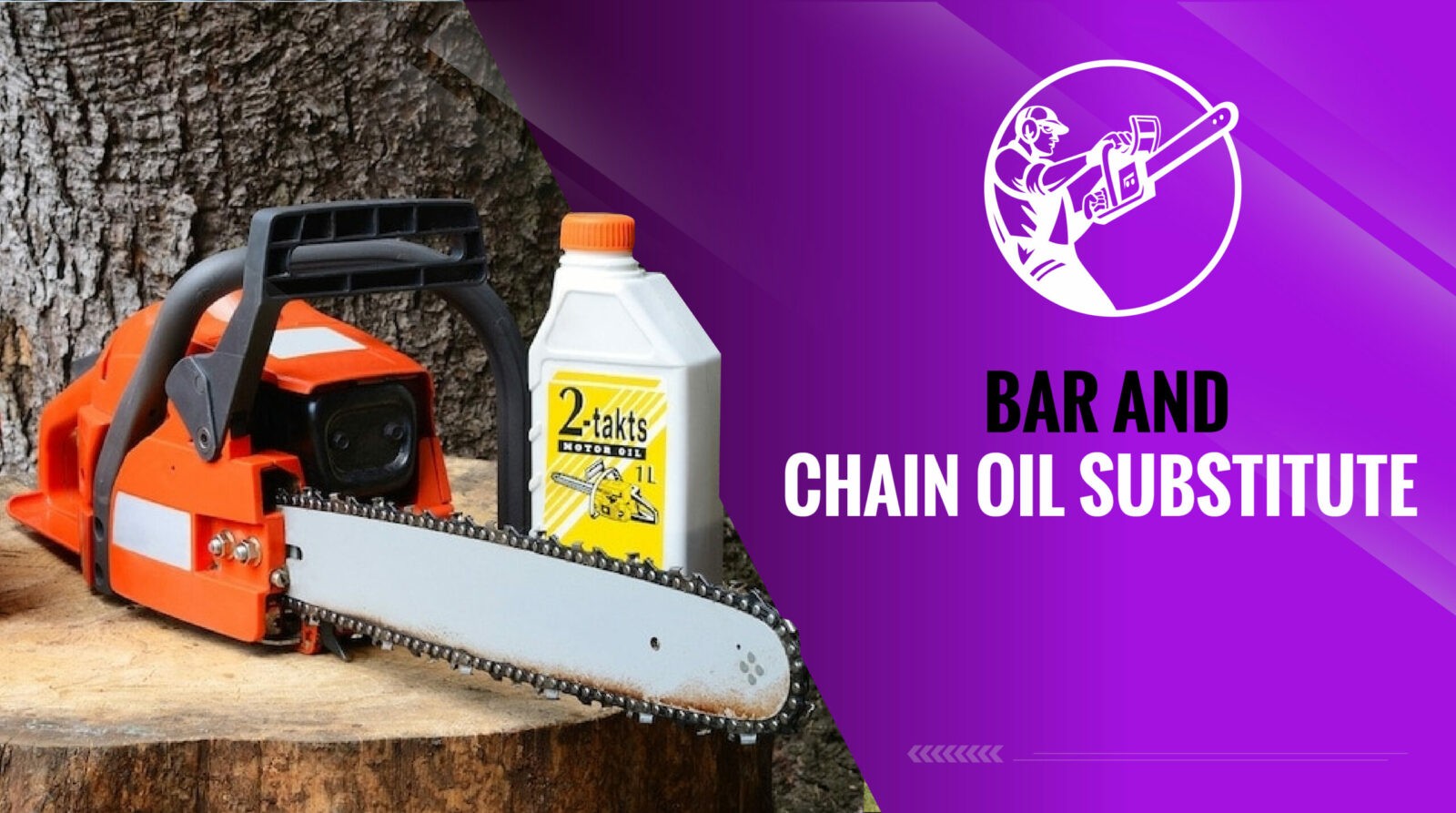 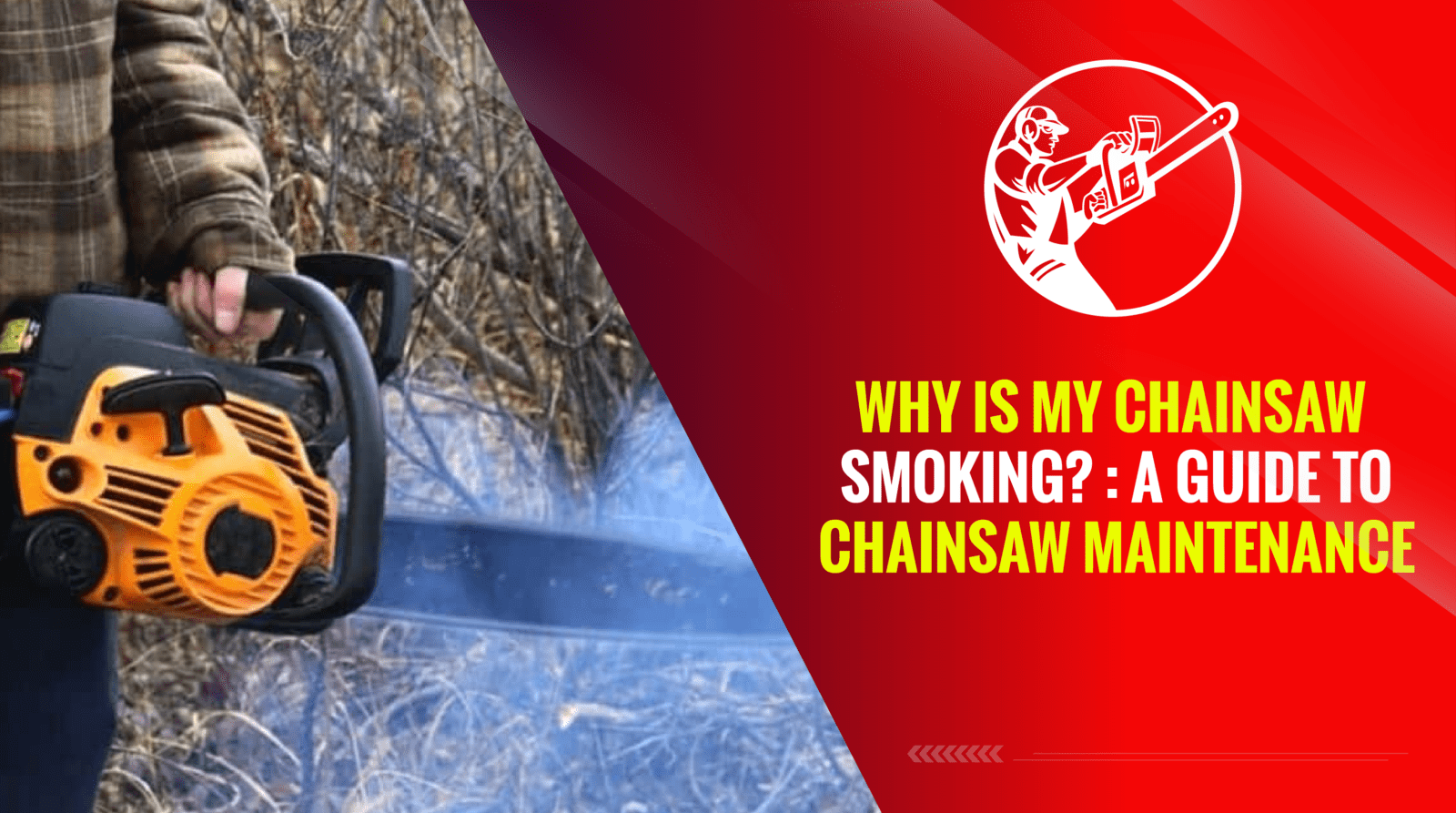